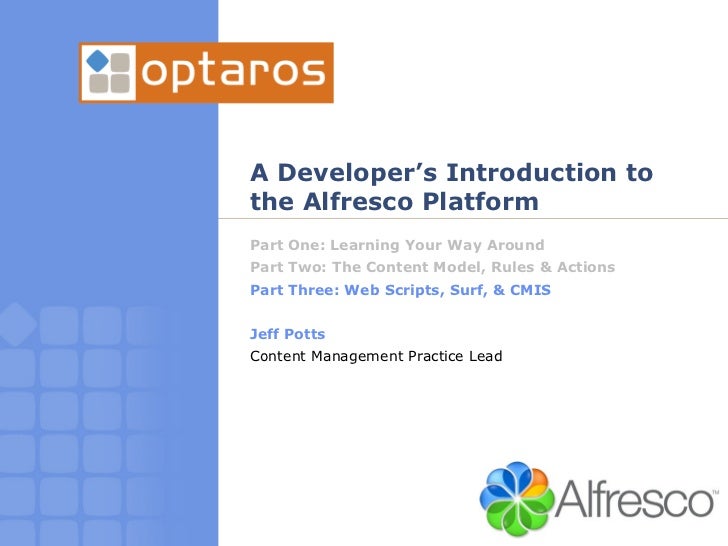 After more than 8 years since it was first published, Packt has published a second edition of the Alfresco Developer Guide. Jeft like the Alfresco product itself, the overall approach and architecture of the book is fundamentally the same, but Ben Chevallereau has given it much-needed updates by adding Share, SDK, and Application Development Framework coverage as well as bringing everything else up-to-date.

The first four chapters are essentially the same, with updates here and there to match recent software releases. Chapter 1 introduces content management and Alfresco. 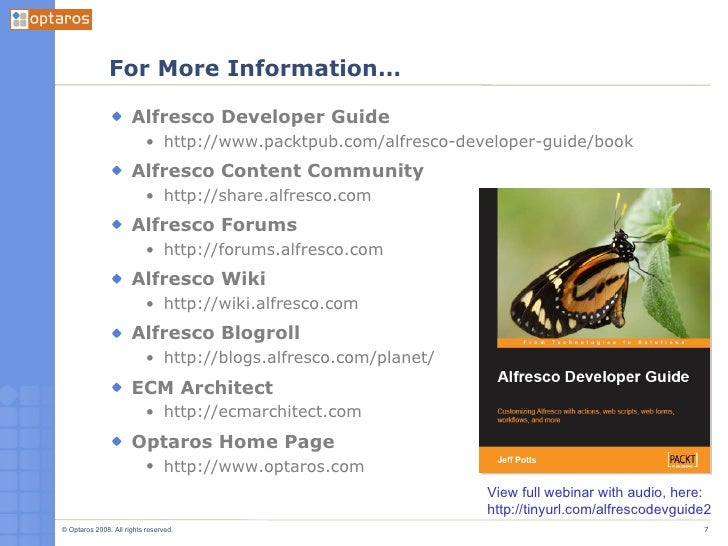 Chapter 4 explains actions, behaviors, transformers, and extractors. Chapter 5 is when the first serious departure from the first edition occurs. The second edition uses Chapter 5 to discuss Share customizations, primarily focusing on Surf, but also touching on Aikau where it is relevant. Chapter 6 further expands on application development by exploring the new Application Development Framework based on Angular2.

Chapter 7 returns to familiar territory jrff web scripts and Chapter 8 covers advanced workflow, although in the second edition it is exclusively focused on Activiti rather than the old jBPM engine. Chapter 9 is kind of a grab bag of new feature coverage such as the Search Manager and Smart Folders.

It also throws in a light example of developing a mobile client for Alfresco using Appcelerator. Chapter 10 focuses on security and covers the same topics as the first edition LDAP, SSO, and custom permissions but with obvious updates.

The appendices originally in the first edition were cut completely which would have been a pain to update. 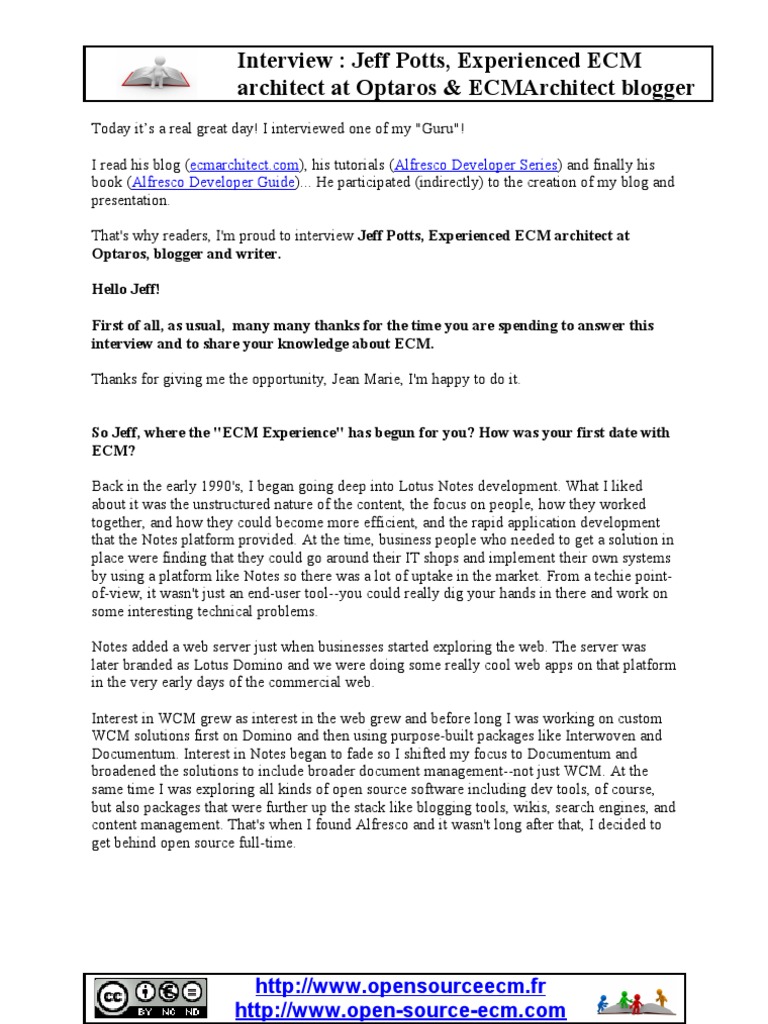 And with the improvements made in the Alfresco-provided documentation over the last eight years they really no longer add much value. Overall, I think the book still meets its goal of being the quintessential reference for anyone getting started with Alfresco development.

The credit for the hard work on the update goes to Ben—you did a great job.

We should also recognize Bindu Wavell for the technical editing, which is a huge task. Thanks so much guys!

Reading your tutorials, I was convinced that it not just the tutorials, a work of art… Hooray! This day has come!

Skip to content After more than 8 years since it was first published, Packt has published a second edition of the Alfresco Developer Guide. This is How I Work.

Join me in Spain for BeeCon, the community-organized Alfresco conference. View March 12,